Whether you would like to hire a horse drawn carriage for a wedding and capture that special moment in a photo shoot, or  arrange a special horse ride on the beach to make that proposal, please contact Gary to discuss your ideas.

Arrive at your matric farewell in style….. “Owner of the horse-drawn carriage, Gary Coetzee from eManzimtoti, said while his horses have been used for weddings and special occasions for many years, he had saved up for the carriage and bought it two years ago.

“I trained Mercury to become ‘bombproof’, which means he’s not easily startled. Now, he’s used to being in traffic and around people while pulling the carriage. Horses are not naturally used to that – a bit like people who are not used to speaking in public and freeze up. While Mercury has a placid nature, it still required a lot of training,” said Coetzee.

He said he spends a large part of the day preparing the carriage ahead of an event, which is hung with lanterns and fairy lights. Mercury and the carriage are then transported to the event.” 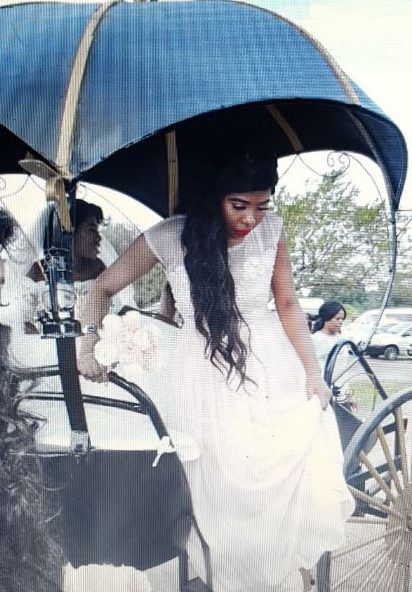 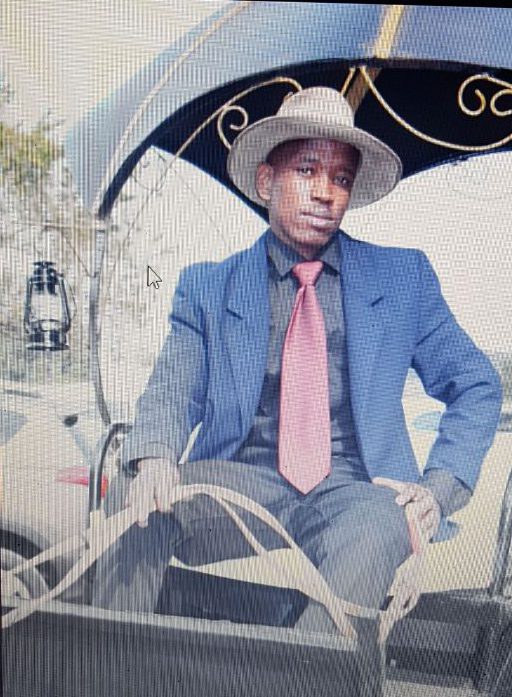 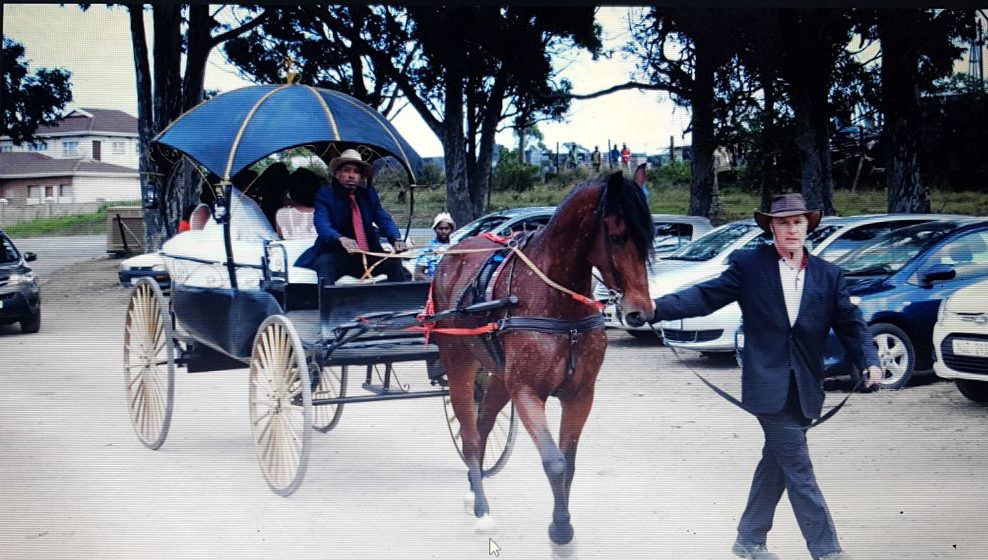 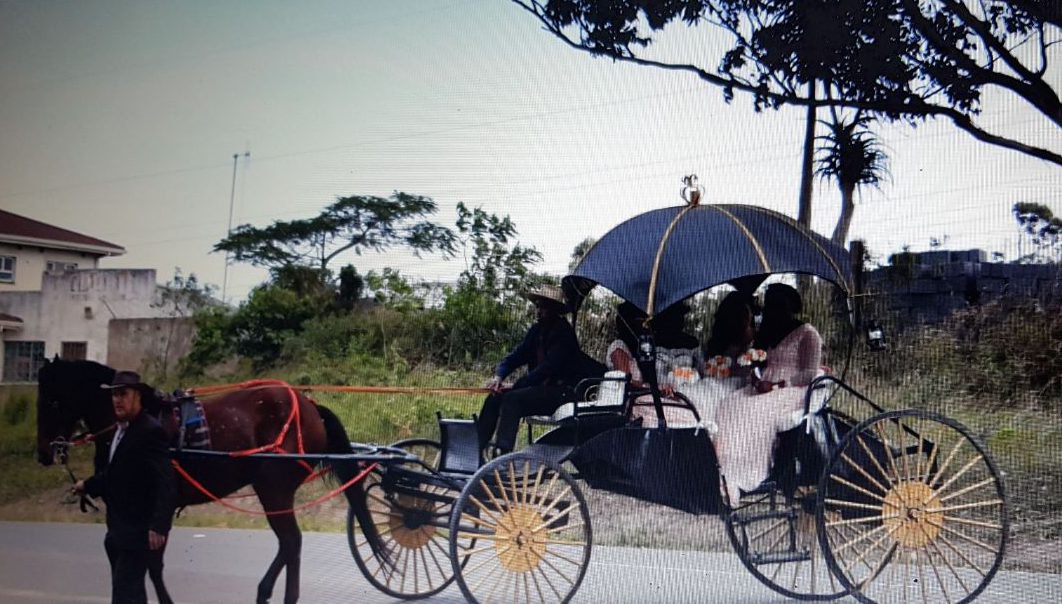 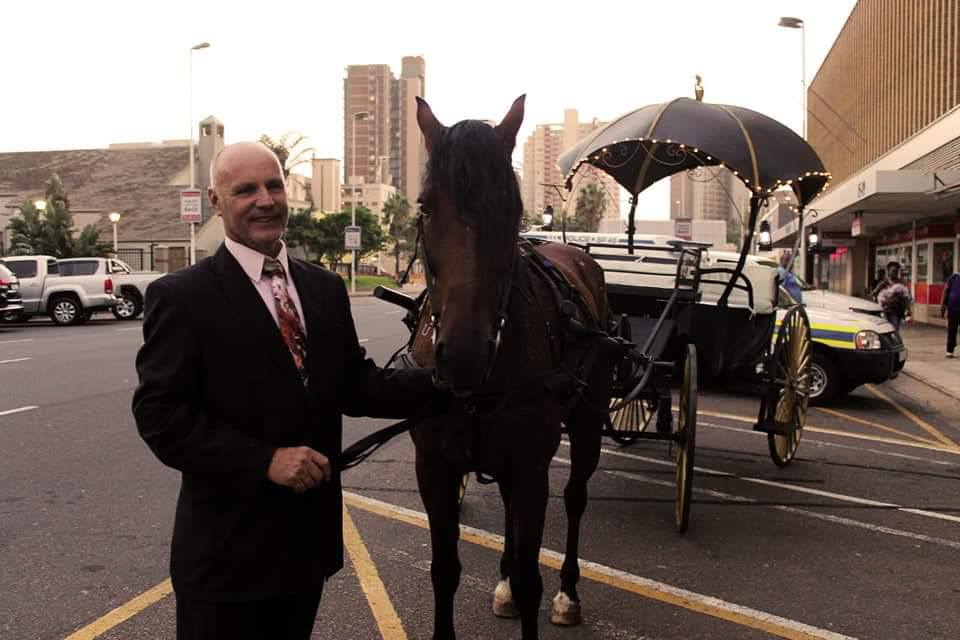 Here are some pics of a recent wedding with “Cavalier” in Balito!